Let our family treat you like family!
3 Generations - Our 10th decade

3 Generations of personal service...
Let our family treat YOU like family!

This week the weather is predicted to be bitter freezing cold with temperatures at or near 0 degrees at night!

Here are a few fast tips designed to help you avoid a freeze-up that would ultimately result in no water to a fixture or a burst pipe when temperatures rise.

Live in our service area?
Contact us for service. 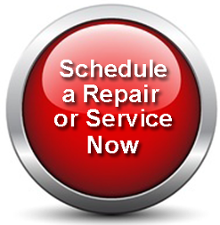 Your friends at
Bornstein Sons

It hasn't been this cold in a very long time!

Here are some hints to save you money and aggravation...

The past month has sported an over-burdened calendar with entries to remind us to order gifts, grocery lists, greeting cards, family holiday plans and such.

And at the start of December, I seem to recall having to ask my husband if I needed a coat as I was getting ready to leave the house with him. So, to say the least, the weather had been much warmer earlier in the month that it has been the past few days. BUT...

Frozen Pipes....no one likes to even think about what we call in the trade "a freeze-up" but it does happen. While the expression, 'an ounce of prevention is worth a pound of cure' may sound trivial, truer words were never said.

It appears that Mother Nature has multiple personality disorder as the seasons have been peculiar, and it's been warmer than usual in the late fall, and cooler in the early spring.

December of 2015 has been thus far the warmest December in many decades. Some say it's got to do with El Nino, while others tout Global Warming and Climate Change. Others dispute it all together, But it's happened before, and will likely happen again when weather is extraordinary and unusual for a particular time of year.

Here are some things to keep in mind as we approach freezing weather...

Having a problem with service or mantenance for your NJ home or business?

If you've got a question...
We’ve got the answer!